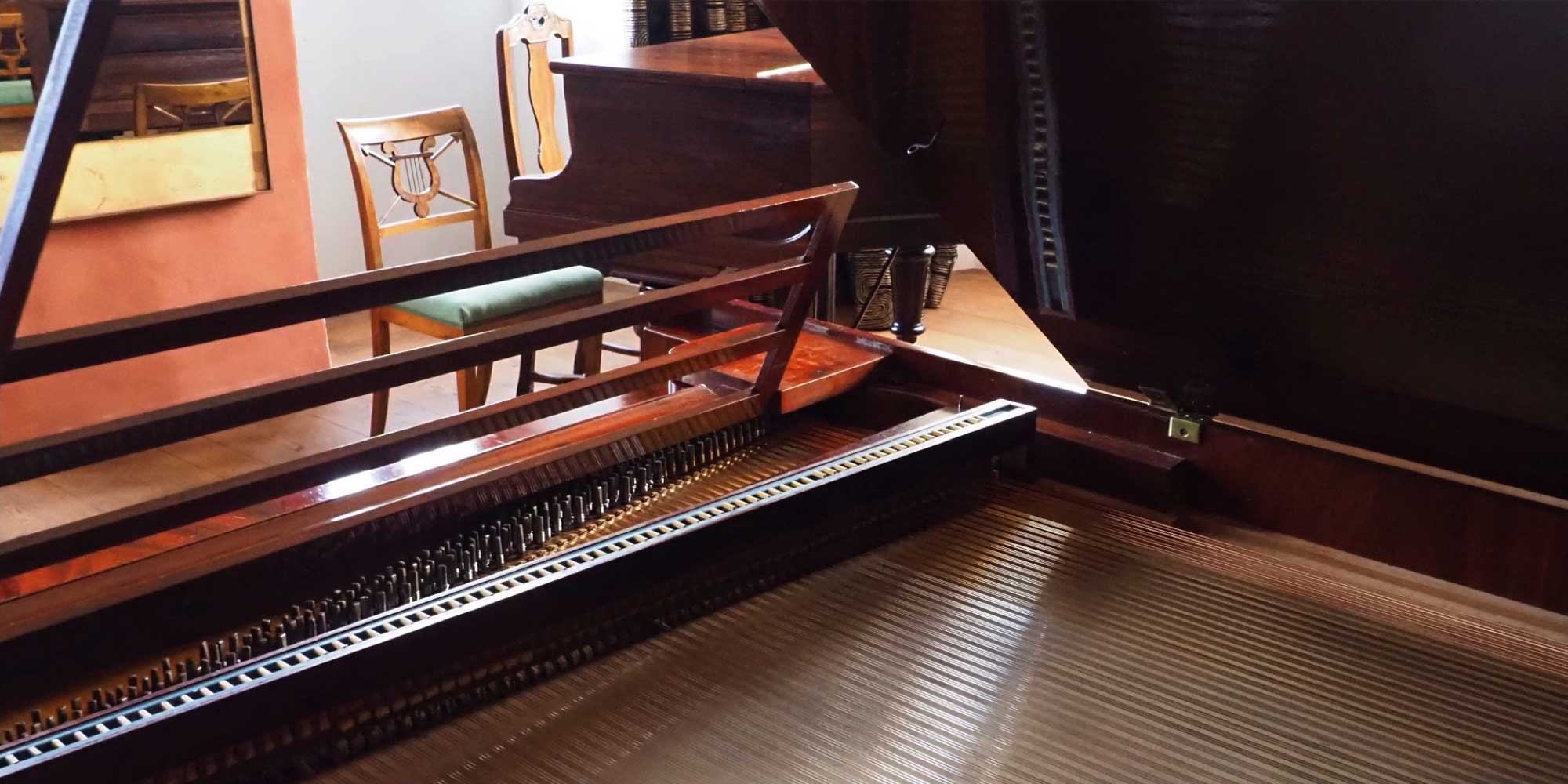 A growing collection of historical keyboard instruments supports the Schloss Weißenbrunn Music Academy in its goal of promoting historical performance practices.
All instruments are original instruments and are made available for study purposes and concerts.
Thus, in film recordings and concerts, audiences may experience the authentic sound of the respective time. 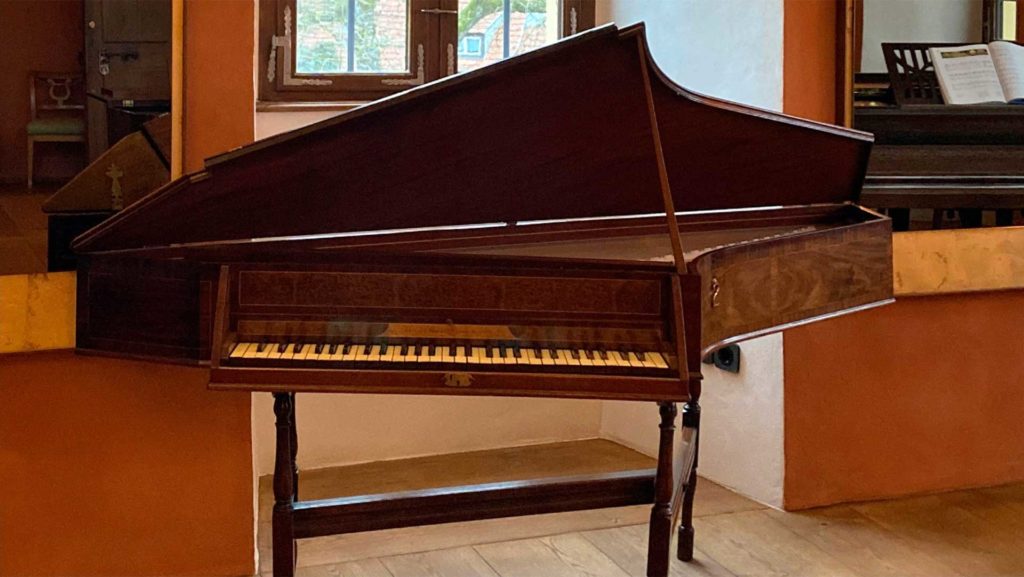 The maker of this spinet built around 1768 is unknown. Neil Stewart was an Edinburgh publisher and trader of spinets and fortepianos. Earliest mentions are from around 1759-60. James Logan and possibly Andrew Rochead built spinets for him. Burkart Shudi’s account books also show sales of keyboard instruments to Neil Stewart. 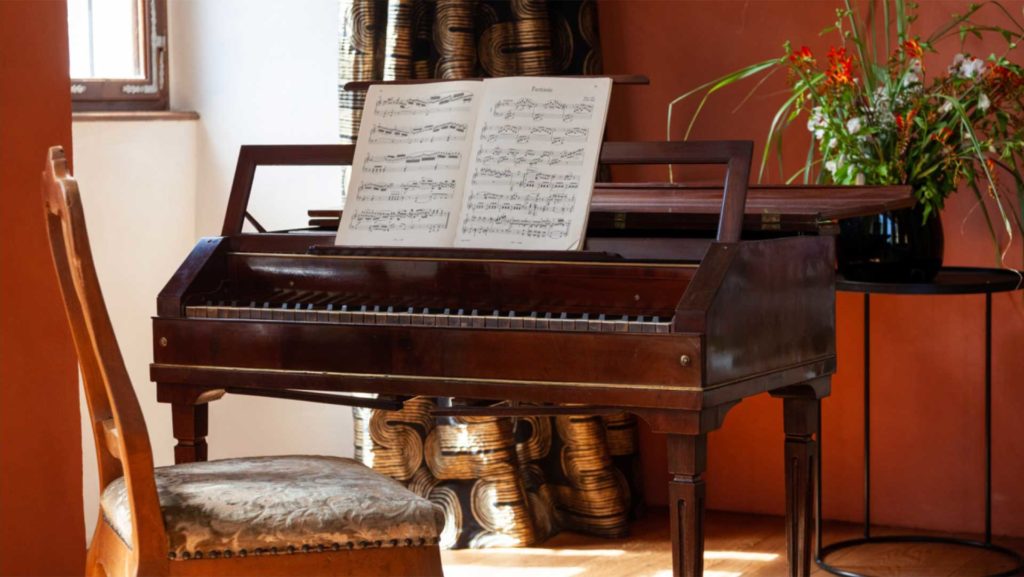 Melchior Guante (1759 – 1845), established his instrument maker’s business in Münster, Westphalia, and in 1815, passed it on to Heinrich Niemann. It is supposed that Melchior Guante was one of the pupils of Johann David Schiedmayer. His instruments are lavishly designed and have a particularly robust construction. The Guante fortepianos which still exist all have Viennese action with wooden Kapseln. His square pianos have underdampers.

Strings
2 strings per key throughout 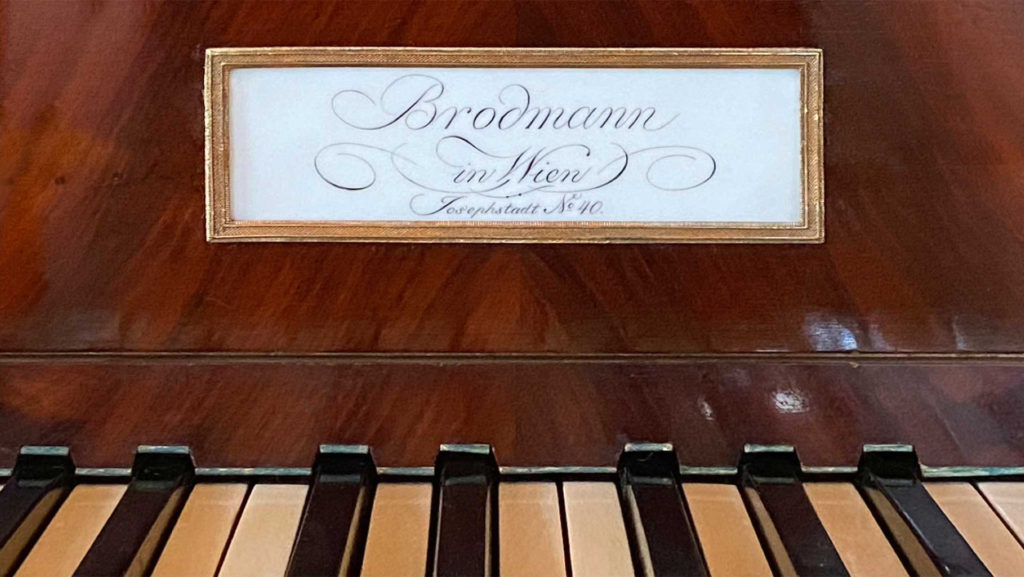 The instrument is a wonderful fortepianos example built by one of the most famous Viennese makers of the first half of the 19th century. Joseph Brodmann received many important privileges for the improvements he patented among which the triple laminated soundboard of which this instrument is an example. The most important pupil was I. Bosendorfer who worked for him before opening his own shop in 1828.

Strings
3 strings per key throughout
String diameters are very precisely written on the soundboard and therefore used as indication for the restringing of the instrument.

Restoration
During the restoration at the Laboratorio di restauro del fortepiano di Firenze in 2019, all the parts have been disassembled after being measured and cataloged.

In piano restoration it is only rarely possible to keep the original leather because it is often too worn out. The original leather of the Brodmann hammers was in very good condition and where possible it has not been replaced. This is one of the main reason for the round and full sound of the piano.

The regulation of the action was studied to reach the best dynamic to favor the musician touch.
The piano after restoration has kept all the features belonging to Brodmann manufacturing and is a very good example of what was offered in Vienna at that time. 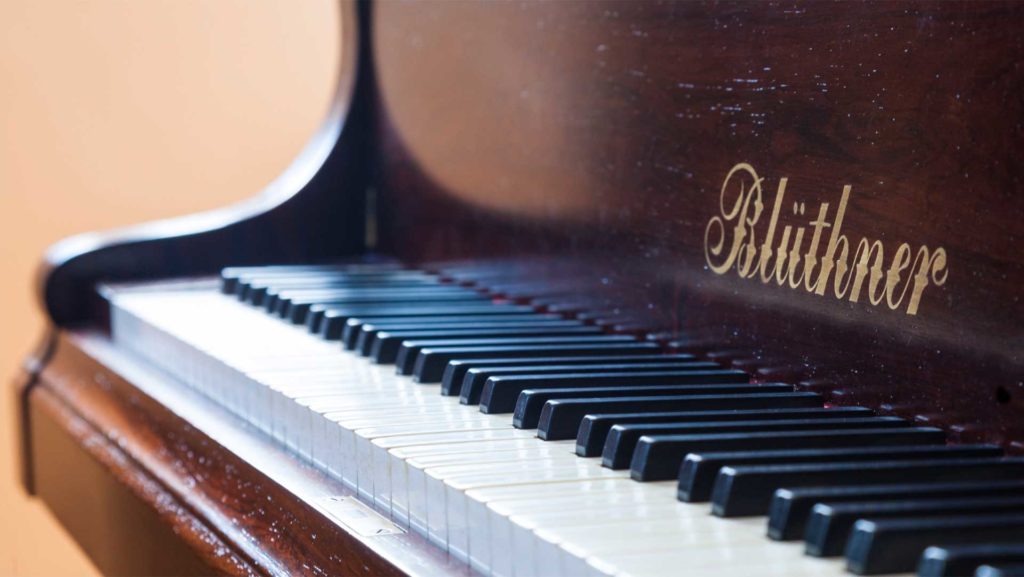 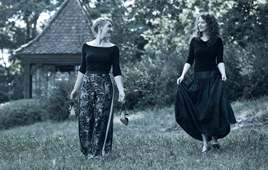 Living and Working in Schloss Weißenbrunn

A scholarship programme offered by the Schloss Weißenbrunn Foundation 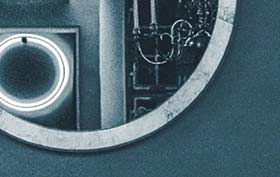 For us, historical performance practice and folk music are no opposites. We initiate projects which don’t fit into pigeonholes. 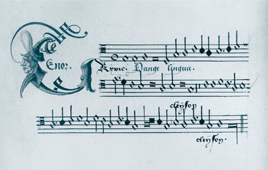 Materials on diminutions and embellishments